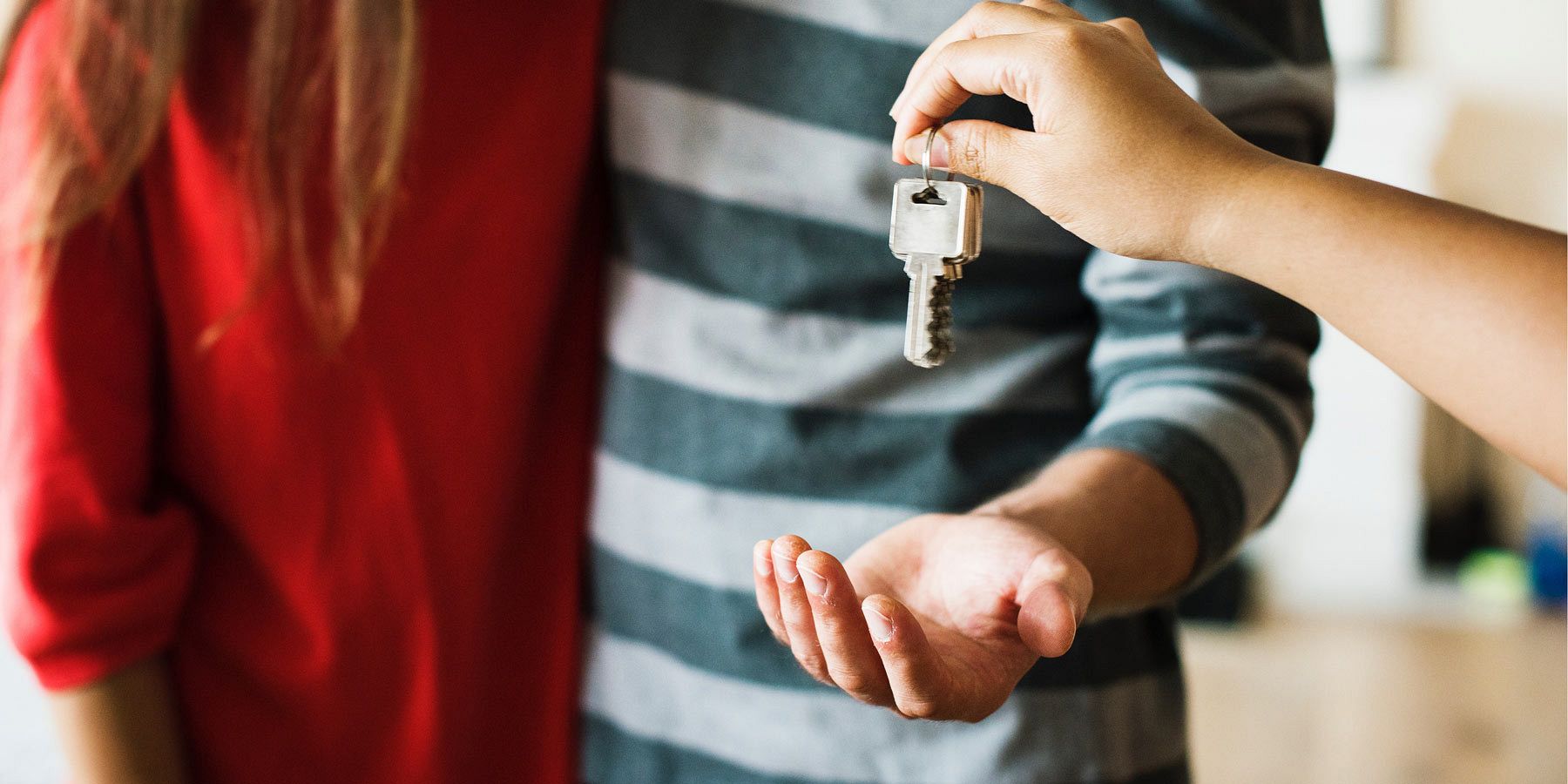 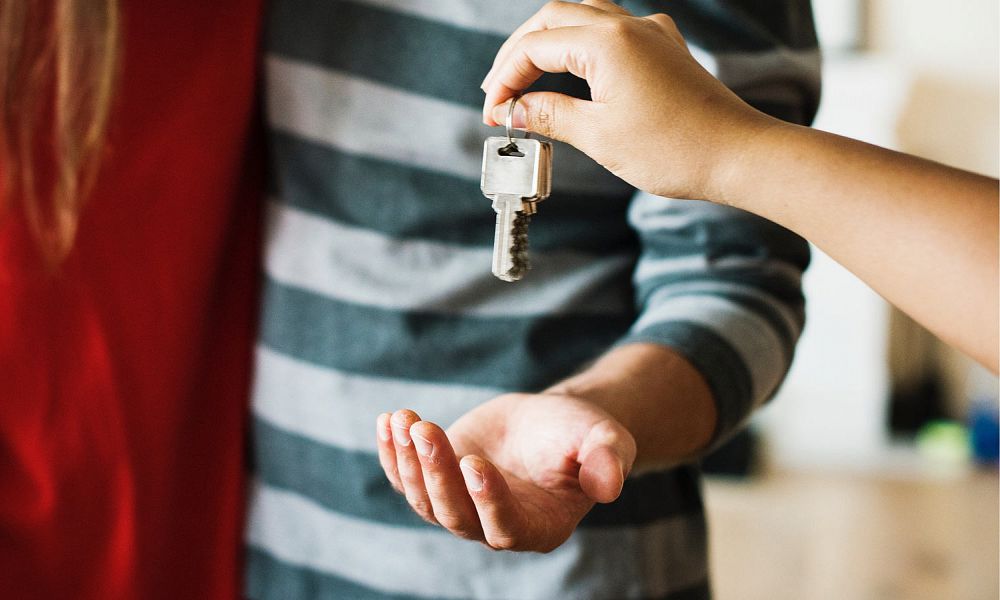 Does the Speculation Tax support affordable housing in Kelowna and West Kelowna?

The speculation tax has been a notable topic of debate for the last several months for many, including REALTORS®, homebuyers, homeowners, renters, local businesses, and municipal governments of areas targeted for the tax, including Kelowna and West Kelowna. The bill to introduce the speculation tax has reached royal assent and  will come into effect as of December 31st, 2018.

But what exactly is the speculation tax, how does it work, and will it really accomplish the goals it was set out to achieve?

What is the speculation tax, and is my home targeted?

The stated purpose of the speculation tax is to improve housing affordability in urban areas of the province where housing prices are particularly high and rental markets tight. The tax is meant to achieve this by targeting vacant B.C. homes that are owned by foreigners and non-B.C. Canadians. B.C. residents who own multiple properties in British Columbia are also targeted.

The B.C. government claims that this tax will increase the pool of available properties for British Columbians to buy or rent, and that more than 99% of British Columbia residents will be exempt.

The tax would be applied as follows:

If you currently own or plan on purchasing real estate in the targeted areas, and this property will not be your primary home, then you may be affected. Any home, as of 2019, valued at $400,000 or higher located in the specified regions that is left unoccupied for 6 months or more will receive a 2% tax for foreign owners and satellite families* or 0.5% for British Columbians and other Canadian citizens or permanent residents who are not members of a satellite family.

*A satellite family is defined as an individual or spousal unit where the majority of their total worldwide income for the year is not reported on a Canadian tax return. 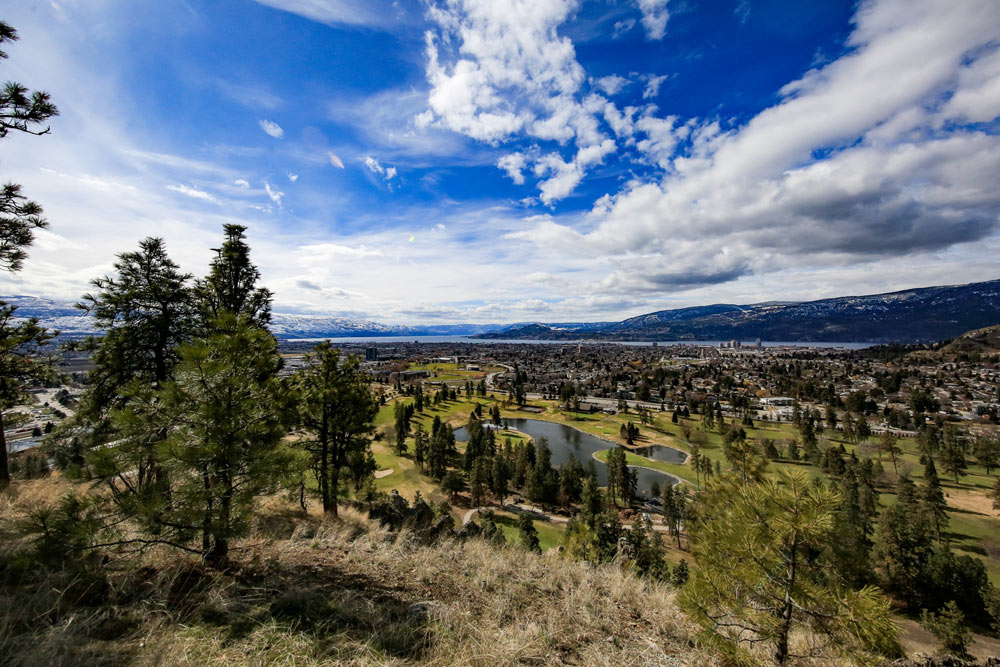 What areas are affected by the speculation tax?

Kelowna and West Kelowna are not the only areas that will be affected by the speculation tax. Abbotsford, Chilliwack, Mission and most of the Nanaimo-Lantzville, Capital Region District and Metro Vancouver regions are also targeted.

Properties in other regions in the Okanagan, such as Lake Country, Vernon, Penticton and so on, are not, as yet, affected by the tax.

There are some properties that will be excluded from the speculation tax even though they are located in the taxable regions. These include, but are not limited to, municipalities, regional districts, governments, housing co-ops, registered charities and some specific not-for-profit organizations. Self-governing Indigenous Nations’ lands, treaty lands and reserve lands that are also within these regions are also excluded.

How do Okanagan businesses feel about the speculation tax?

Business owners in the Okanagan have spoken up. As reported by the Canadian Federation of Independent Businesses (CFIB), 65% of business owners oppose the tax with 47% being in strong opposition and 18% somewhat opposed.

CFIB stated that the tax will not target actual speculators because a speculator, by definition, tends to hold a property for a short time so the tax would not be significant. Instead, the tax actually ends up penalizing long-time homeowners and local business owners, particularly in the tourism and homebuilding industries. 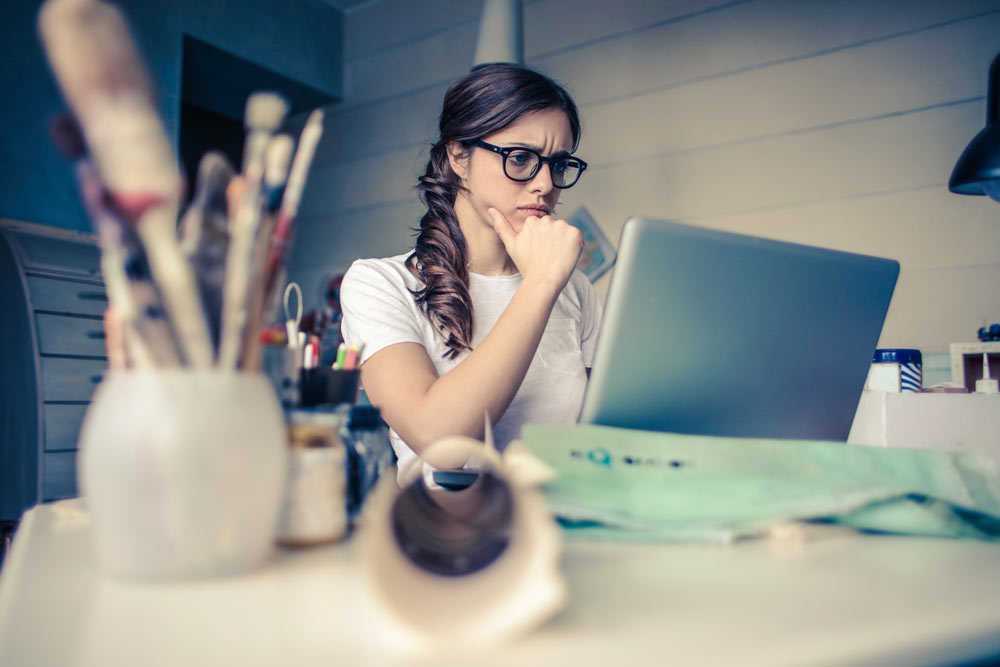 Will the speculation tax be effective?

The Okanagan Mainline Real Estate Board (OMREB) is the professional association for REALTORS® in the Okanagan, Shuswap and Revelstoke areas, and has been investigating the potential impacts of the speculation tax.

The B.C. government has stated that the tax will improve affordability by curbing foreign investment and investment in B.C. property by Canadians living outside the province.

In reality, analysis of 8 years of data on buyers who purchase homes in the region shows that foreign investors consistently make up less than 2% of the buying population. Investors from Alberta make up 10-12% and investors from other provinces are at extremely low percentages.

In fact, the largest population of buyers of homes in the region are those who already live here, at 55% to 60%, with the next largest buyer group being those coming from elsewhere in B.C. Based on these statistics, it seems that the speculation tax would not have a strong impact on housing affordability and availability here.

The B.C. government believes that the speculation tax will improve affordability by reducing the incentive for homeowners who own multiple houses to leave them vacant.

In reality, the possible supply created by this tax will not add to the availability of affordable homes because affected homes will be those valued at, or above, $400,000 which will sell or rent at rates higher than what is considered affordable.

The B.C. government has stated that the tax will curb real estate speculation.

In reality, this will simply not be the case. Speculators, people who buy and ‘flip’ a house for profit, will largely be unaffected by this tax because they will only own the house for a short period of time. The biggest effect will be on long-time homeowners.

“Ironically, it’s possible that the tax would encourage speculators to set their sights on homes under $400,000, competing with legitimate buyers for lower cost homes,” says Marv Beer, president of OMREB.

The government should be admired for attempting to tackle housing affordability and address speculation in the housing market. Unfortunately, the speculation tax, or vacancy tax, misses the mark on both fronts.

NOTE: Eleventh-hour revisions to the tax, among other stipulations, included leveling the tax rate for all Canadians (not just those who live in BC) to 0.5 percent; a requirement for the Minister of Finance to meet with mayors of affected areas to review the tax annually; and a provision that requires revenues collected within a targeted region be used for affordable housing in that same community. 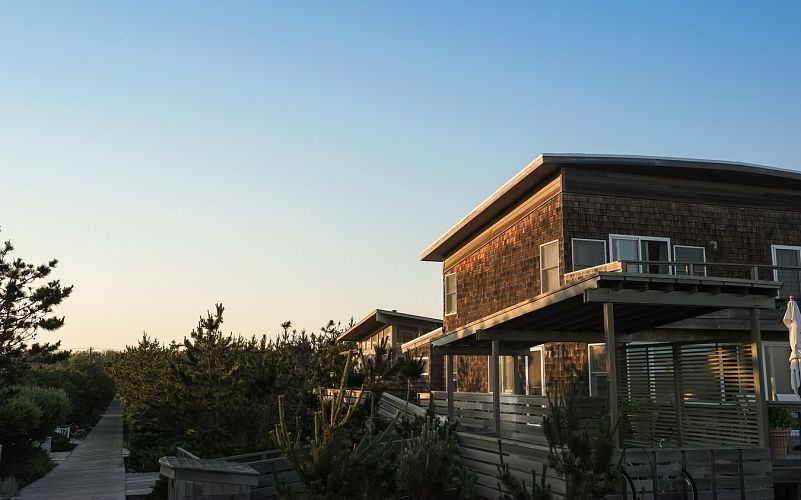 If you’re preparing to sell your home in the British Columbia Interior, you may be considering whether or not to enlist the help of a REALTOR®. Selling a home is an important and complex transaction, likely the most significant... 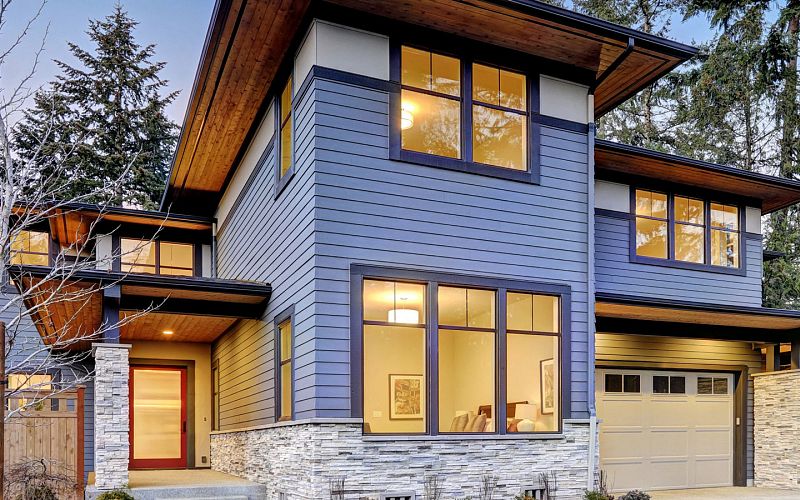 What are the benefits of working with a REALTOR® when buying a home?

Finding the perfect home is an exciting experience. As exciting as it is, it’s also a big decision that should...

Finding the perfect home is an exciting experience. As exciting as it is, it’s also a big decision that should... 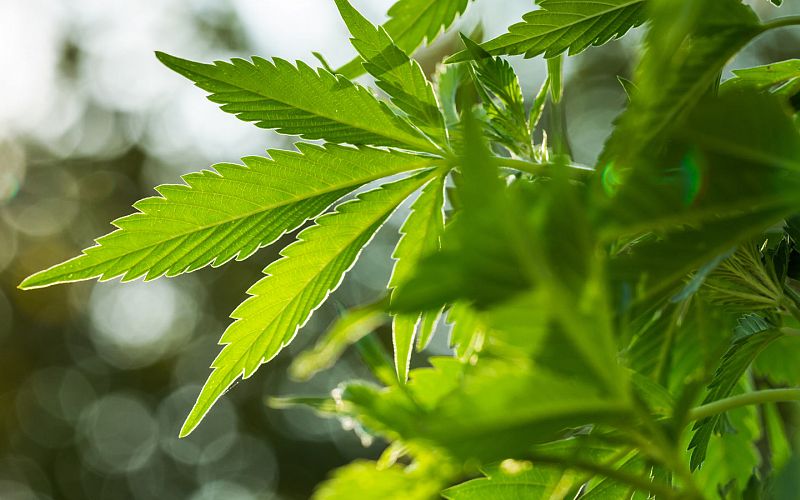 What to know before growing cannabis in your home

With the recent legalization of cannabis, it’s important to understand how it could affect one of the biggest...

With the recent legalization of cannabis, it’s important to understand how it could affect one of the biggest... 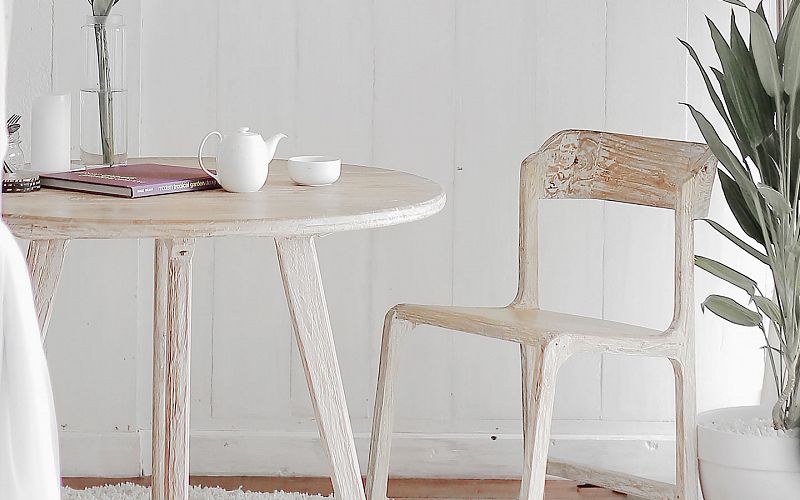 A checklist for first time homebuyers in the Okanagan

Buying your first home in the Okanagan can be daunting. It’s a major milestone and the world of real estate...

Buying your first home in the Okanagan can be daunting. It’s a major milestone and the world of real estate...

While we work away at getting our 118 and West listings online, please visit REALTOR.ca® for complete area, and Canada wide listings.

Do you crave more Industry Insights?

You're a forward thinking individual, and that means you'll definitely want to sign up for our newsletter and stay connected.

You can unsubscribe at any time, but we don't think you'll want to.

You can unsubscribe at any time, but we don't think you'll want to.